Behind F4RN is a team of people who have dedicated a huge amount of time and effort to get the project off the ground. We are local people who care deeply about the lack of quality broadband in our communities and are determined to do something about it. Between us there is a range of skills spanning everything from network design, engineering, IT, community engagement, marketing, management and business development. Below are short biographies of the main people who form the interim management committee tasked with getting the project off the blocks. There are many other people who offer very valuable specialist advice and contribute their time and effort and for whose input we are very grateful.

Chris is a Chartered Electrical Engineer and Fellow of the Institution of Engineering and Technology.

He is the Commercial Director at myenergi Ltd, company that has developed a number of products around renewable electricity generation, heating and electric vehicle charging.

Having completed a PhD at the University of Cambridge his career has included the design, manufacture and maintenance of electrical and control systems for ships before moving to the power industry with Powergen and E.ON. He has extensive experience in power generation and control systems, including the design, procurement, project management, installation and commissioning of power station control and metering systems. He established and led the E.ON power station metering business in the UK, has led large electrical engineering departments and an international department focussed on bringing innovation to new solutions for low carbon generation, improving energy efficiency

Steve is a Chartered Engineer and Fellow of the Institute of Engineering and Technology.  He is currently ‘working’ as IT Manager at Nottingham Forest Football Club (which as everyone knows is the best team on the planet!)

Steve has worked in telecommunications, networks and computers for many years, starting as an apprentice for Post Office Telecommunications (now BT) before attending Loughborough University to gain a 1st in Electronic and Electrical Engineering. Since graduating his career has included circuit, system and software design of telecommunication, switching and networking technologies in addition to systems for the security and defence industries. Later moving to become an Engineering Director at Lucent Technologies in Silicon Valley, California, in addition Steve worked as a Systems Engineering Reviewer for Bell Labs.

Steve moved into Fiskerton in 1988 and only misses out on the ’25 years to become a local’ by his 8 years in the US. He sits on the Parish Council and has been actively involved in village events for many years.

Steve, and a business partner designed, set up and operated 4tons VCB (Village Community Broadband), a WiFi based broadband service for Fiskerton and Rolleston in 2003 when BT were unable to provide Bleasby Exchange with ADSL. His interest in providing high speed broadband has never wavered since that time and his focus is now to bring ultra high speed broadband to the community via fibre to the home, the only true way to future proof deliver of broadband services.

For the past 20 years Lee has been working in the Golf industry. He is responsible for the P&L, Marketing Budget, managing a team of Area Sales Managers and Key Account Mangers ensuring that all aspects of the Go-To-Market for our key partners are executed without issues. This comprises of a lot of planning and preparation before the implementation of such projects. Lee is also responsible for forecasting sales, sales analysis and transaction negotiation, as well as having to work very closely with the Marketing, Finance and Product teams to ensure that all the Key Performance Indicators are delivered in the plan.

Lee moved to Fiskerton in 2009 with his wife Sam. Two years after moving in they became proud parents of twins. A technically minded person himself, with a great eye for detail, he is very passionate to ensure that a high quality broadband service is available for the parish now and future generations to come.

Gez worked in Secondary Education for over 30 years teaching Mathematics and running a department. The majority of his time was spent working in difficult schools where students were challenging but required guidance, support and encouragement.

Gez moved to Fiskerton in 2004, he is now retired but likes to go back to his home town of Scarborough to hear the seagulls and the sound of the North Sea. He is a strong believer in community projects and bringing together skills and knowledge of those that live locally. Gez believes that high speed broadband is an essential part of life and that rural areas have been dealt a poor hand by successive governments. His past times include the guitar, salsa dancing and of course broadband.

Paul has worked in the IT & Communications industry since 1996.  He spent a number of years with Cisco Partners, before joining Cisco in 2005, specialising in Health IT.  In 2016 he joined InterSystems, and is now involved in joining up disparate IT systems so that clinicians and carers have the most up to date and accurate information about patients.

Paul has been a home worker since 1997, when he used a 28k modem to check email. The woeful broadband speeds available pre-F4RN caused Paul significant problems, as IP telephony and video conferencing just didn’t work.  Leisure activities such as Netflix and BBC iPlayer were also impossible to enjoy and his son constantly complained about his inability to play on-line games effectively.  It has been a source of great pride for him that the F4RN service is so amazing!

Having lived in Fiskerton since 2003, Paul is married with 2 children, who both attend the Minster School.

Paul gained an MA and then D.Phil from Oxford in Natural Sciences (Chemistry), and later an MBA from Loughborough.  Until retirement in 2009 he was a Chartered Chemist (MRSC).

Paul and Janet moved to Morton in 2011, and are enthusiastic about involvement in the community.  They are keenly aware of the internet expectations from a modern family, especially when children and grandchildren  visit from ‘superfast’ areas!

Paul is keen on most areas of DIY, and believes in getting things done at the practical level, so involvement in the community fibre broadband project was an obvious opportunity.

Mike and his wife Barbara have lived in Fiskerton for around 25 years. Mike has very limited technical knowledge but he has learnt to dig and fill in trenches under the guidance of more experienced members. His grandchildren are eternally grateful for the broadband facility afforded to them when they visit.

Mike qualified as a teacher a long time ago and has an Honours degree from Nottingham Trent and a Master’s from the University of Nottingham. He completed Ofsted training successfully and although he never inspected, he used the expertise to enhance his ability to support schools in difficult circumstances in a variety of roles including headship of an inner city comprehensive school and advisor to schools facing challenging circumstances in the city and the county. More recently, he has been engaged in teacher training in schools in the North and East Midlands but now devotes his time to F4RN and his garden.

We’re always pleased to have new volunteers!  if you would like to join the committee or want to help us build, operate and administer the broadband network then please get in touch.

We would love to welcome you to the team! 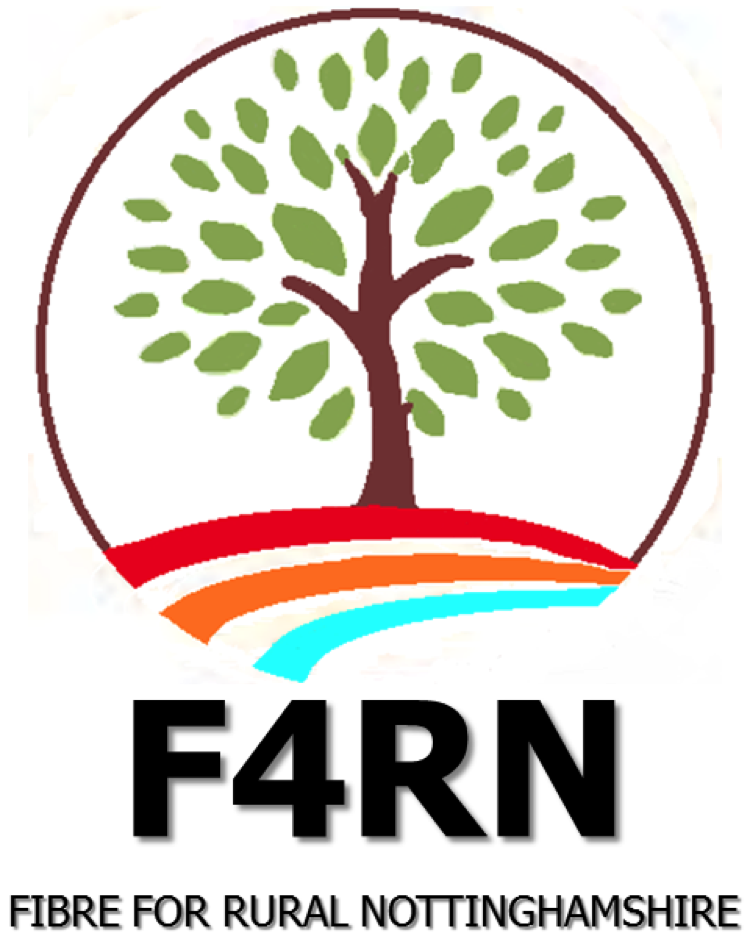